I’ve always loved card games, especially those involving trumps – as a child I spent hours with friends pitting racing cars’ engine capacities and windjammers’ displacements, and for my 30th birthday the invitations to my party were in the style of the original Dubreq Top Trumps cards featuring categories such as ‘Turning circle’ (which I humbly decided was ‘on a sixpence’).

I was delighted when Laurence King felt a similar urge to produce a literary trumps card game, but played with writers rather than military tanks or dragster bikes. 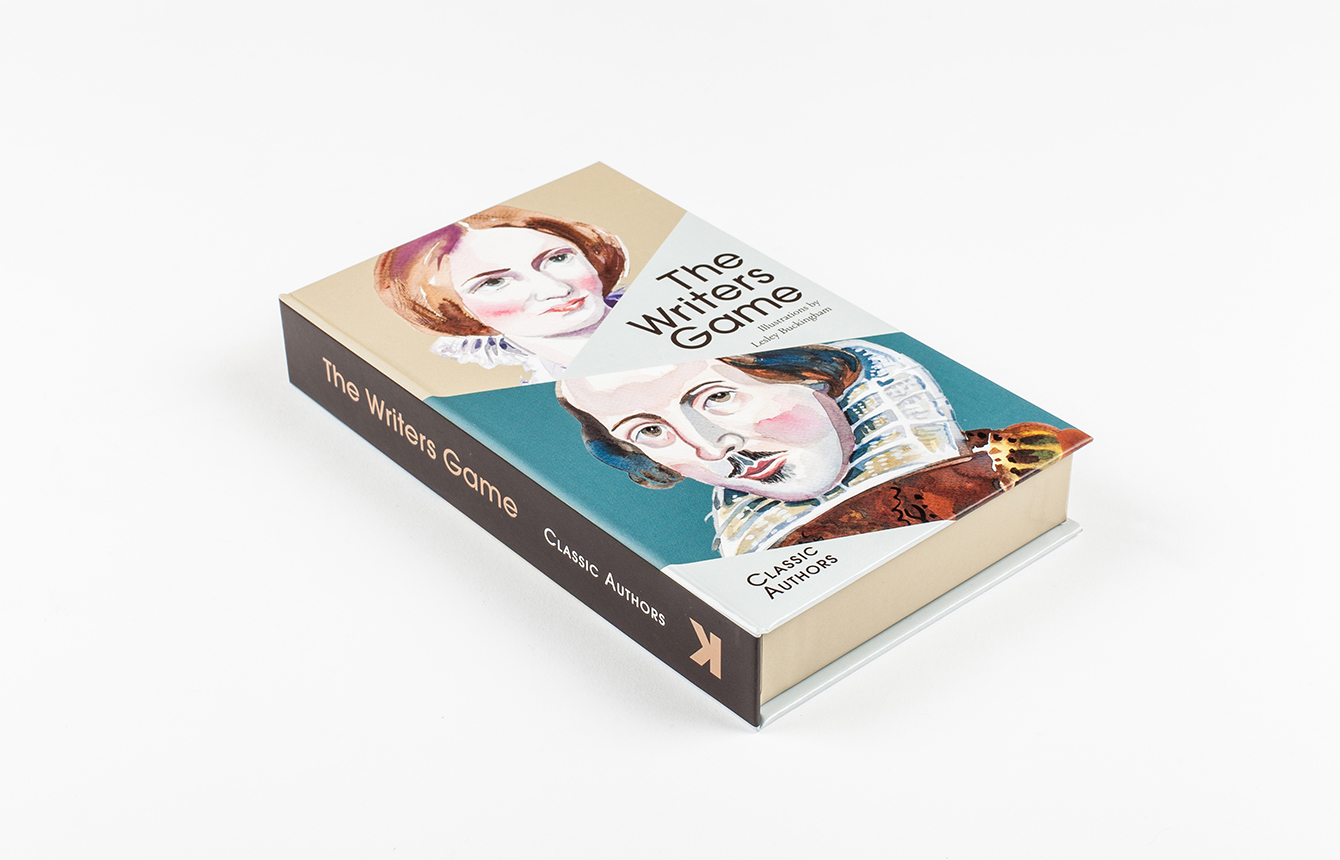 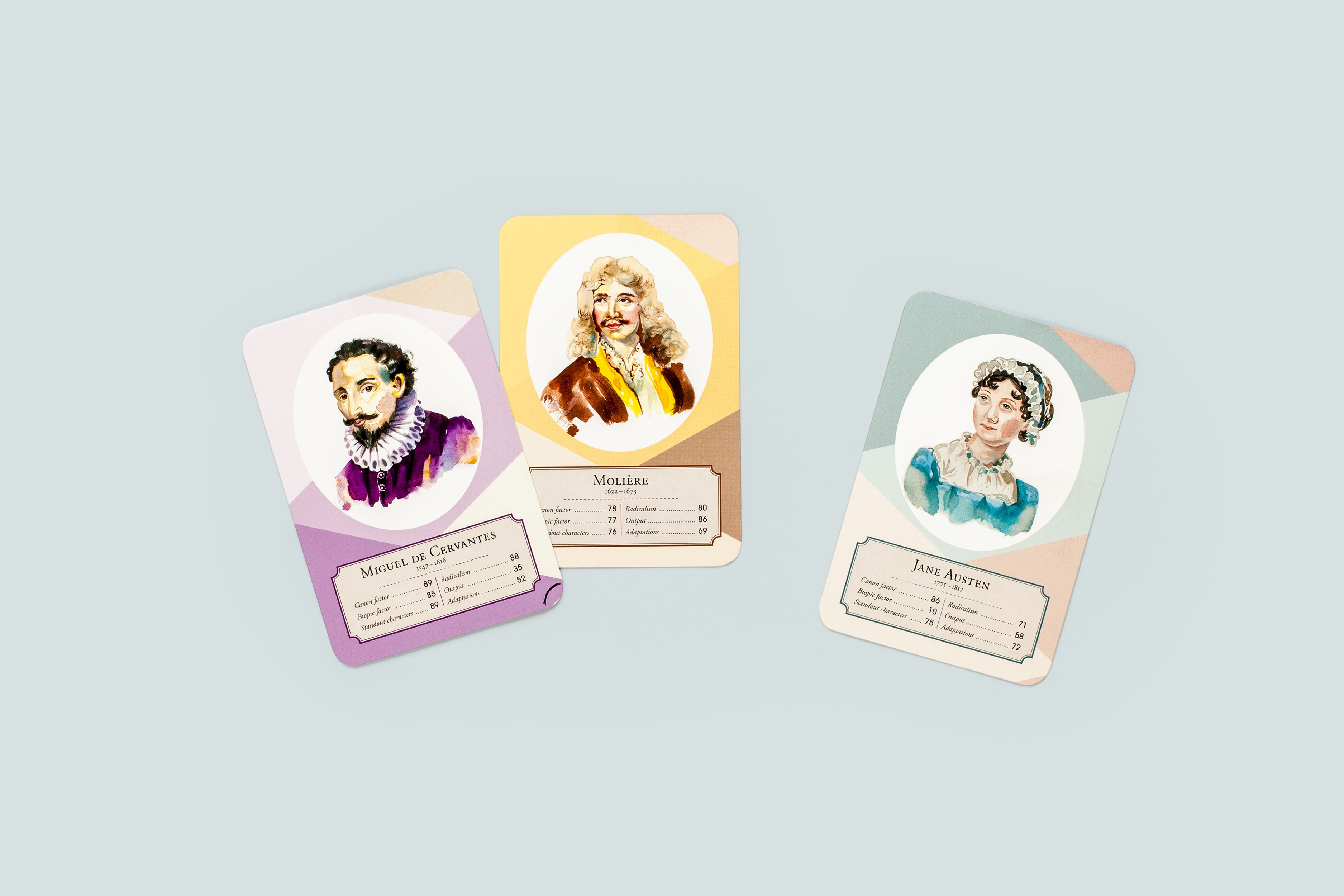 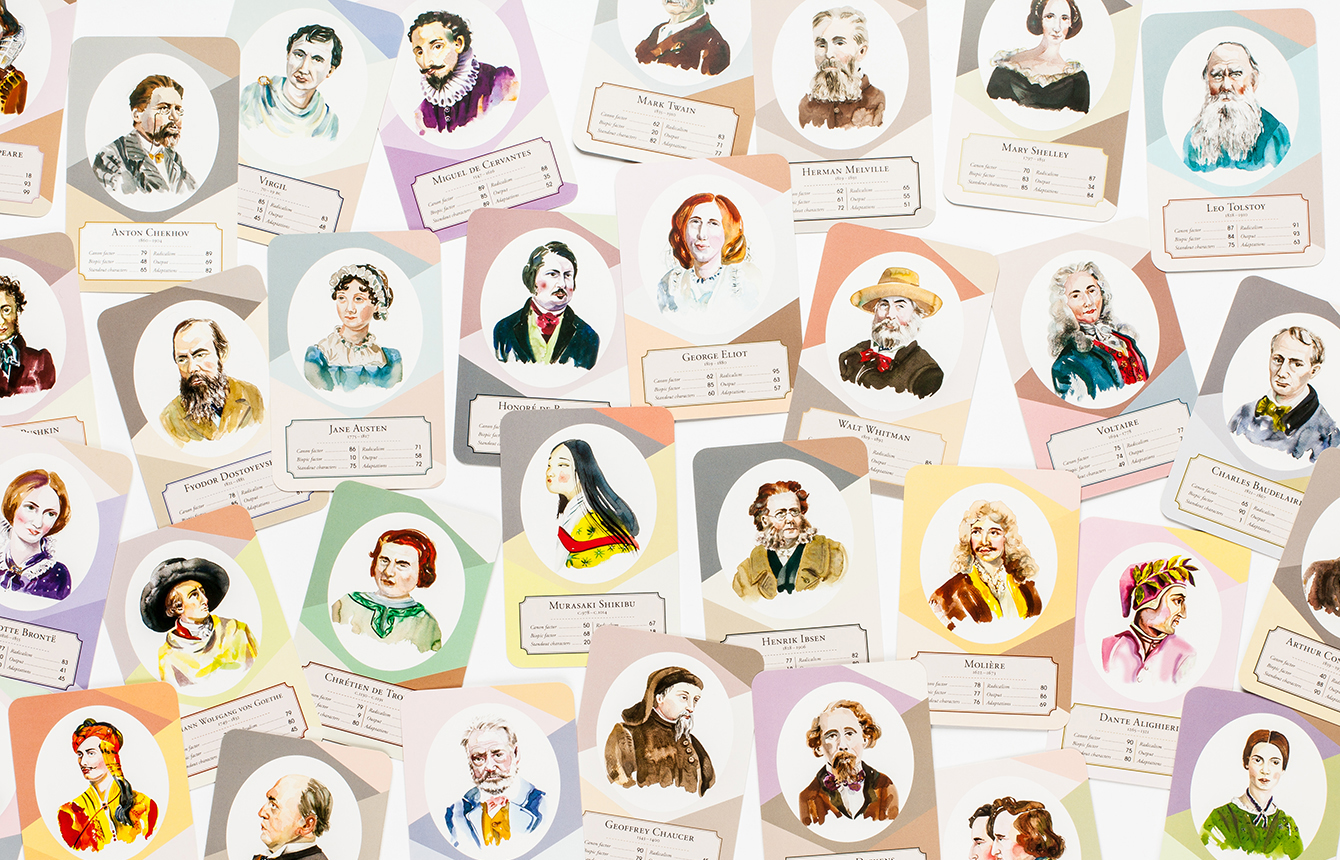 It was only when I actually sat down and tried to narrow down who to feature that I realised that was going to be a tricky process. Some early ideas fell by the wayside. I’d initially thought it would be interesting to have a ‘speed’ category, partly in homage to those games of my childhood where it was an ever present section. But calculating the likes of George Eliot’s pace over 100m proved too taxing. Quite rightly, that was a non-starter.

The main issue though was the sheer size of the winnowing. The first pack we published last year featured modern authors who, alas, are no longer with us, so essentially that meant a century of writers to pick from. The Classic Authors pack, out this month, spreads the net even wider to anybody writing before the 20th century, allowing Virgil to properly get to grips with Voltaire.

Of course numerous wordsmiths picked themselves. It would be unthinkable to leave out Shakespeare, especially as his Adaptions rating of 99 reflecting centuries of productions of his work makes him a key card for a winning hand. It also felt right to ensure that the poet Baudelaire’s somewhat ‘colourful’ life should be celebrated with a cracking Biopic factor of 90 (though bettered by that big beast Hemingway with a well-deserved score of 93). And as the generally accepted best-selling author of all time, you’ll want to keep Dame Agatha Christie for her perfect 100 (Commercial Success), if not for her Shock factor (30).

It was important too to make sure this was not simply a pack of pale, stale, males.

While the games are fun, I hope it will encourage readers to try unfamiliar writers such as Murasaki Shikibu, a female Japanese novelist from around the 10th century whose The Tale of Genji (originally published in ‘orihon’ concertina style and possibly co-authored with her daughter Daini no Sanmi) is arguably the world’s first novel. Personally, I was happy to make official my soft spot for the Portuguese writer Fernando Pessoa – also a favourite of Philip Pullman’s - who wrote using more than 70 literary personas (even though I felt obliged to mark him down with a rotten Adaptions score of just 3). His unclassifiable masterpiece The Book of Disquiet, translated by Margaret Jull Costa, deserves wider recognition. 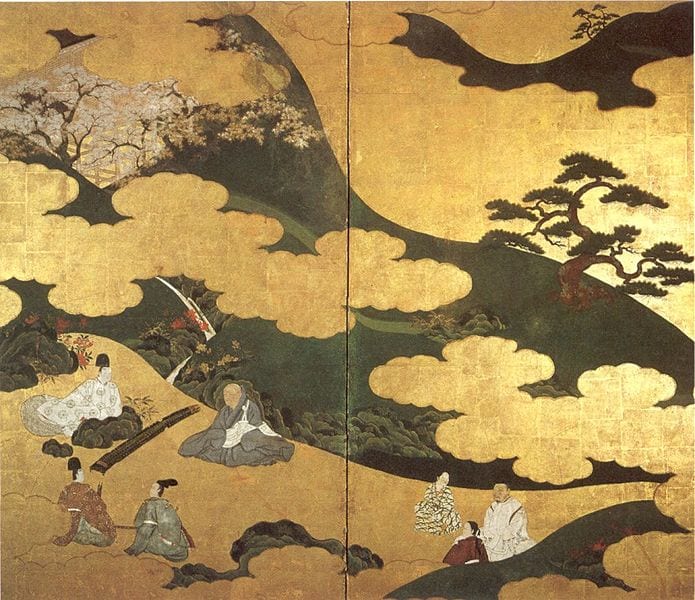 Happily, there is plenty of fuel for disagreements about the scores in both packs. This is as it should be and I hope you end up spending as much time discussing Chrétien de Troyes’s Radical rating when he comes up against Mary Shelley as I did as an eight-year-old quarreling about the width of battleships.