Elizabeth Haidle is a freelance illustrator based in Portland, Oregon. In addition to creating nonfiction comics and graphic novels, she is also the Art & Editorial director at Illustoria magazine, published by McSweeney’s. Elizabeth tells us more about the Tarot For All Ages project and her inspiration for the cards. 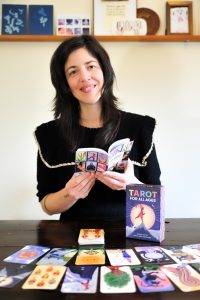 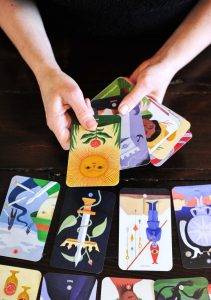 Why make another Tarot deck, and why make it for all ages? Here's a bit about the backstory, and what I was thinking during the process.

While I hope that everyone from babies and great-grandparents will find something of interest in this deck, I ultimately made the deck I would want to use—the cards that I’d want to consult on a daily basis, and that I’d use for readings with my own son, my niece, with my close friends and their kids or teens.

I created new characters and settings in my own style, yet based it on the Rider-Waite-Smith deck, with which I'd learned tarot and used over the past decade. Anyone familiar with that deck will feel at home with this one, though many of the titles in Tarot For All Ages have been updated to reflect current times. My reimagined figures of the Major Arcana portray a wide variety of human perspectives and identities. These new archetypes jump directly to the central meaning. For example, the Hanged Man card has become ‘Surrender’ while the Lovers card depicts ‘Unity’.

I wrote and illustrated a booklet that’s included in the box set, which describes the process for personal readings and joint readings, while also elaborating on the meanings behind the suits and individual cards—so it's especially suitable for beginners.

Anyone who collects tarot decks and already has experience can bring their own associations to the imagery in Tarot For All Ages while also adding new angles to familiar archetypes.

I’ve found that it’s a practice that will teach itself to you, over time. It’s a tool to deepen your confidence, your intuitive knowing, and curiosity about life. It’s a complete dream for me to be able to share this, and I hope it can be to useful to many others! 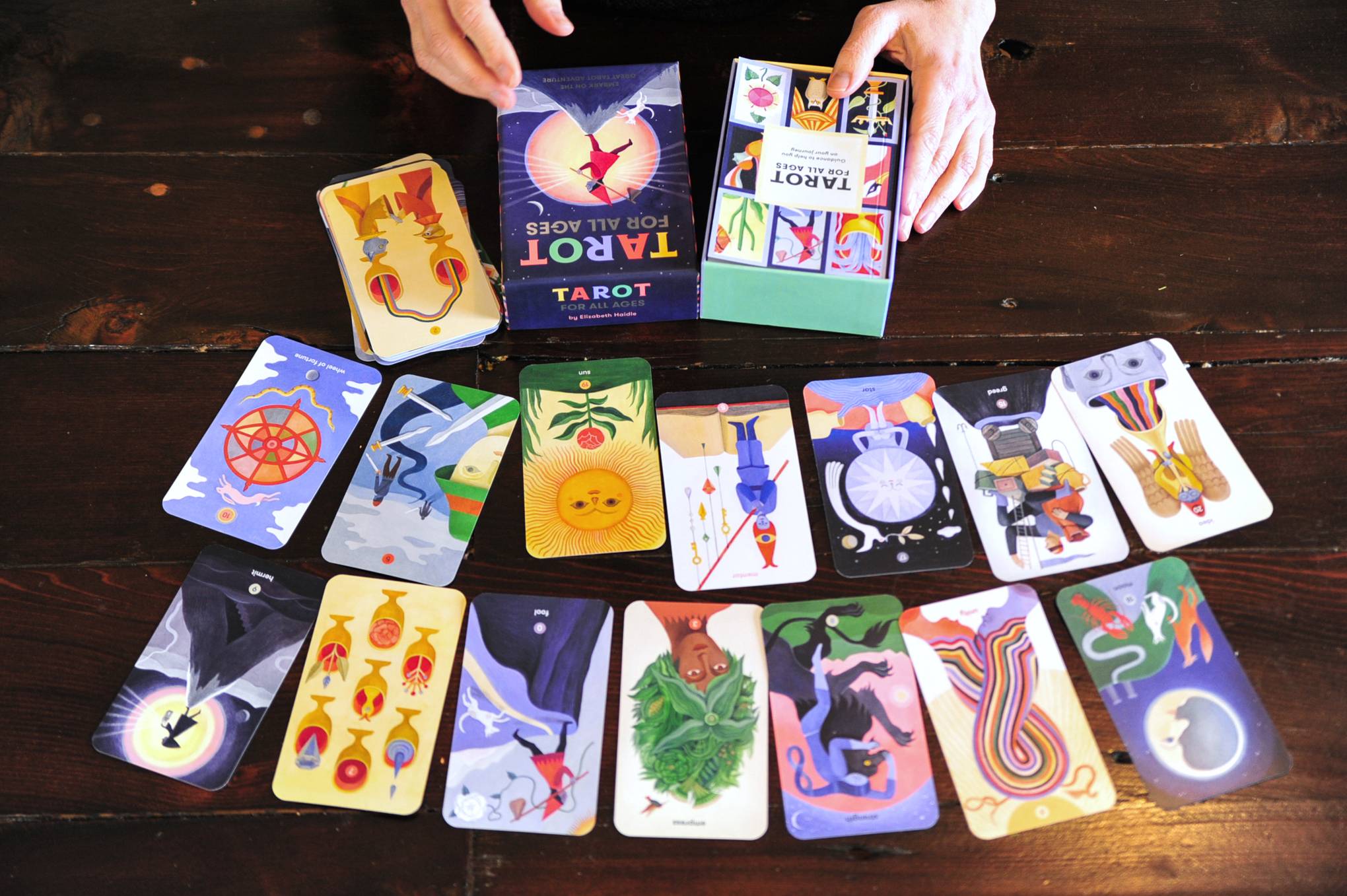 Here’s a look at the box design — we went through so many rounds of ideas! But we really wanted to get just the right, iconic image, to channel the adventure of the whole experience into the design. Early ideas featured one of the major arcana cards: The Star, The Hermit, and The Fool all seemed like good candidates for conveying the interior path of the tarot.

I decided to make a new image entirely, one that combined the mountain-top experience of the Hermit with the adventuring spirit of the Fool. Very worth the extra work. Georgia Chiarion, the designer from Laurence King, created endless variations of all the details and suggested the silver foil details. She had a truly collaborative approach and I really couldn’t have come up with this final solution without her!

I wanted to talk more in depth about the Major Arcana cards that I updated, in the interest of making them more relevant, relatable, understandable, and applicable.

I took inspiration from ancient mythology and also more broadly, from the dream-world symbolism that the Surrealist artists were so fond of. I dropped some of the religious associations from the Rider-Waite-Smith deck that I did not find helpful in conveying the central concepts.

Here were a few that I reimagined:

Each suit contains 4 court cards, which depict figures along a path of maturity—from the innocence of the beginner to the experienced adept. I reimagined the Page, Knight, Queen and King as Apprentice, Steward, Guardian, and Sage.

They relate to qualities within you that you can call upon, while also urging you to pay attention to other people who might help. You’ll often receive a message or assistance from someone with the qualities of one of the Court Cards you’ve pulled. As you become more observant, you’ll discover new role models and mentors all around you. 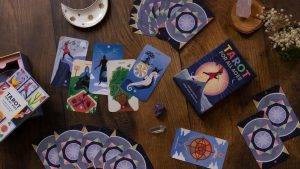 I get asked about the artists process, a lot! With this deck, and with many of my recent projects, I aim for a blend of 80% analogue —> 20% digital. I use handmade watercolor palettes that have been selected and isolated in little travel tins (sometimes I do my best work on the go, or I have to get away entirely to really focus). I painted most of the cards entirely, but left off any details that I wasn’t sure about, sometimes the face or sometimes the shape of a cloud. In photoshop, I could create a layer and try out different solutions, before committing. Which also saved time, which is important when you are on a deadline! 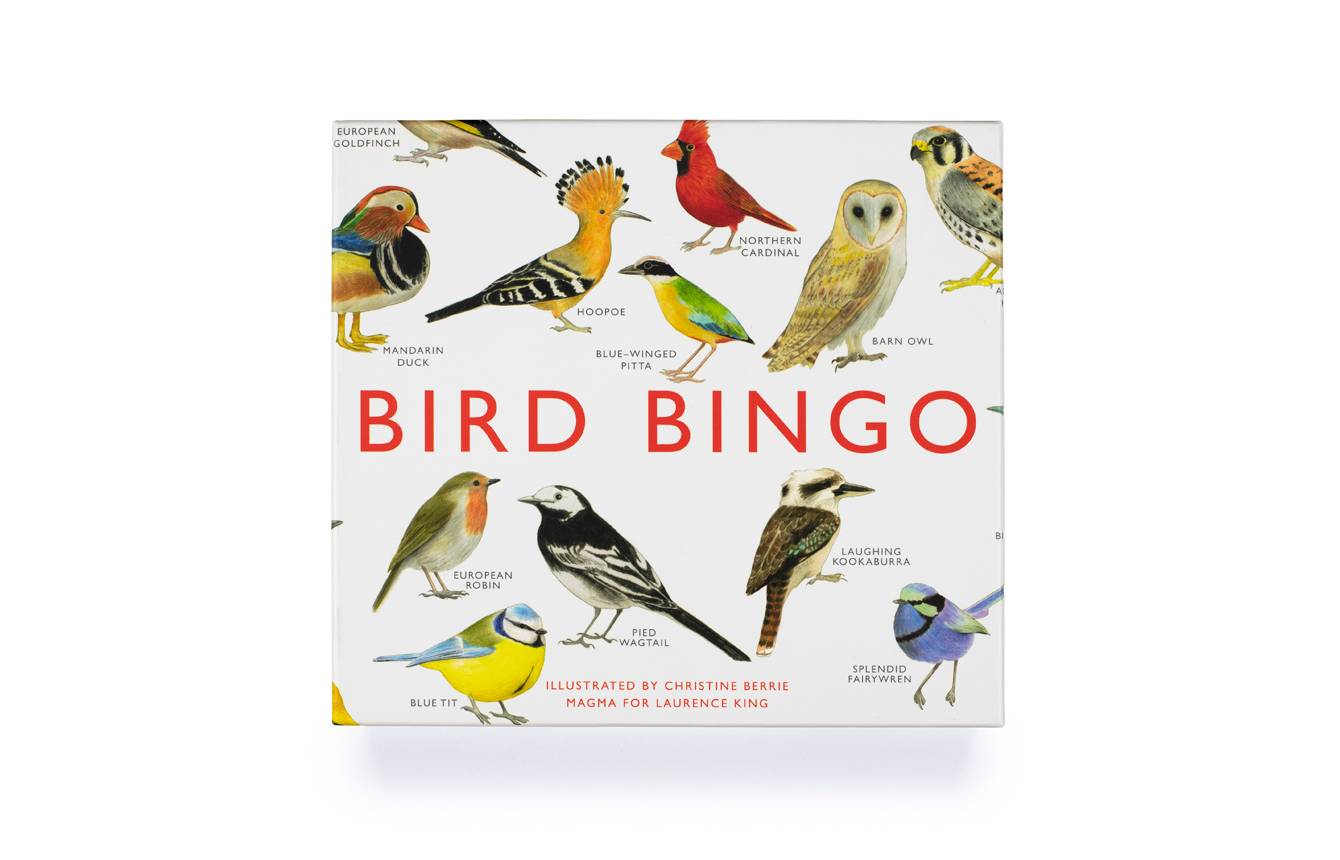 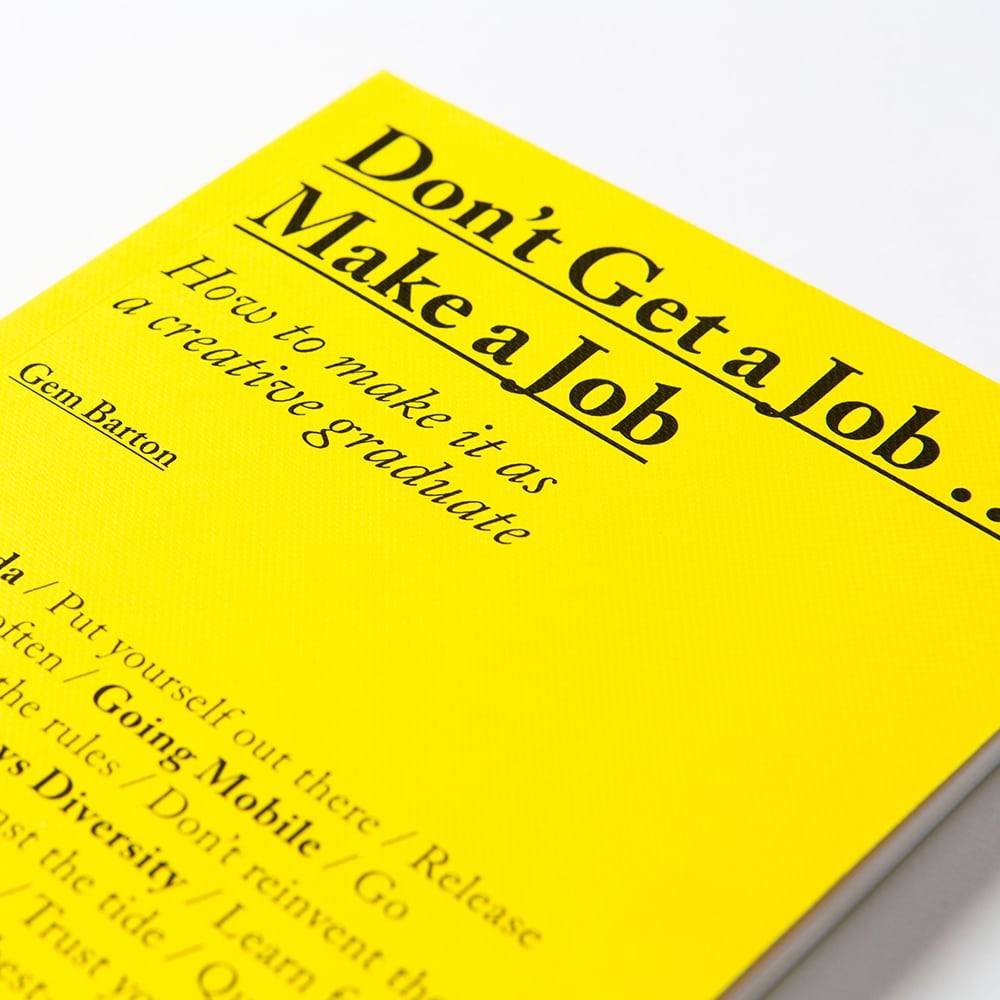 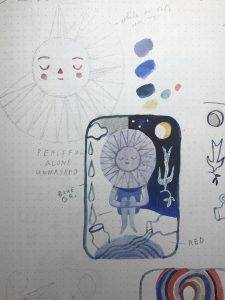 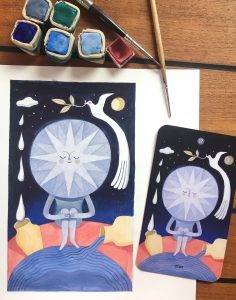 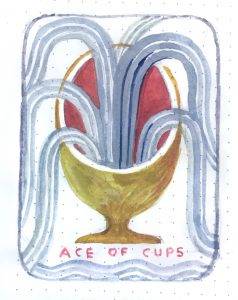 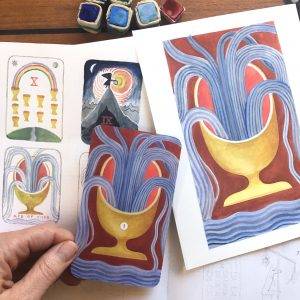 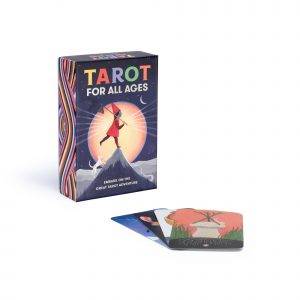