Holly Exley creates striking watercolour images for some of LKP's most popular gifts. On the launch of the latest – Ocean Bingo – we caught up with her to find out what makes this very talented illustrator tick. 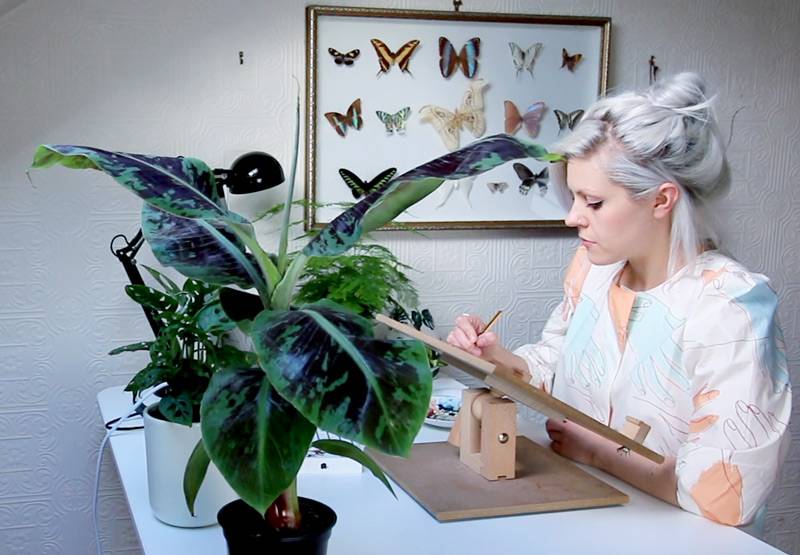 Have you always loved to draw and paint? Did you come from an artistic family?

I have been told my Nanny used to paint with watercolours although I never witnessed her doing so – but perhaps this is where I inherited the inclination from. My first introduction to watercolours was a lesson given by a family friend at age five. Since then I was encouraged to paint and draw by my parents (both of whom are not particularly artistic!). Creating art has always been one of my main hobbies, as well as writing, cooking and being in nature. 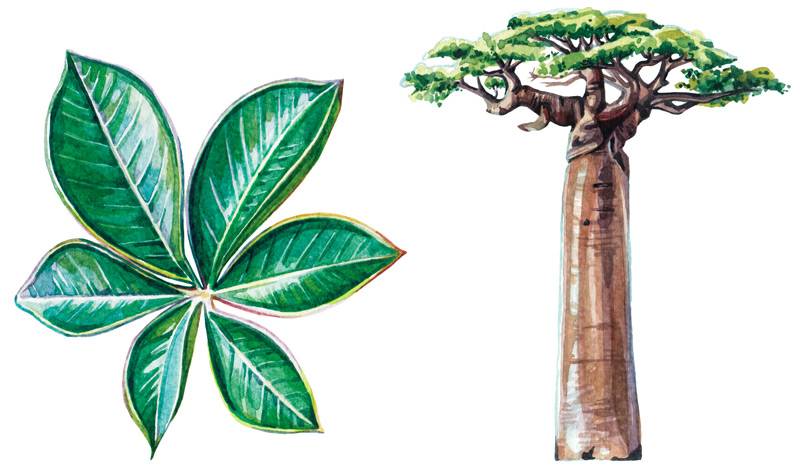 Where did you study? Did your approach change much when you were at college, and were you encouraged to experiment much while you were there?

I have a degree in Illustration BA(Hons) from Middlesex University, but I would say most of the experimentation happened during my Art Foundation year at Stroud College – where I eventually decided on Illustration as a profession and moved from oil and acrylic to watercolour and line work. My years at University were invaluable as it was there I developed my style exclusively in watercolour.

Tell us about your move to the Peak District… were you at all apprehensive about leaving London? Is it harder to get inspired when you’re not surrounded by all the cultural influences of a big city?

I wasn't apprehensive in the slightest about leaving London – after a decade living there I did feel as if I had had enough. I grew up in the countryside so I feel as if I have returned to my roots (although much further north!). Certainly London was an inspiring place in terms of culture, fashion, pace, invention – however I am heavily inspired by the natural world and the Peak District is teaming with life. It is probably the most wild place I have ever lived; the expansive landscapes, plants and wildlife sightings inspire me more than any city.

Can you describe your current studio space?

My studio is in the top room of our victorian house – the loft room. We had plans to install large windows as the view is rather nice but unfortunately our dog needed some very expensive veterinary treatment so the plans are on hold! The space is perfect for my needs though, I have a standing desk, plenty of storage and a day bed for the dogs to sleep on.

How do you begin a piece – with a blank screen or a blank piece of paper?

The dreaded blank piece of paper.

You’ve drawn everything from Pufferfish to Pelé and Prince Phillip for LKP, is there anything (or anyone) you can’t draw?

I do find horses a bit of a challenge! Also landscapes – I wouldn't say I can't paint them but they definitely deserve more practice and attention.

Your YouTube channel is really popular, were you surprised with how it’s taken off? What’s been your most popular post so far?

I've been making videos since 2015 but it's only in the past year that I've become more dedicated to it and upload at least weekly videos. I would say that my subscriber growth has been slower because of this although I'm proud of my views – I usually hit at least 4-5k views per video. My most popular video is called "Freelance Illustration The Early Years" in which I talk about my experiences after graduating – the video itself is almost three years old so I should probably film a follow up!

Was it a steep learning curve to create your videos, or did you find it all pretty straightforward?

Starting out in 2015 wasn't as hard as I thought it would be, as the standard of production was much lower than it is today on Youtube. I feel as if I am still learning and improving with every video I make – getting the combination of a good thumbnail and title is tricky, as you need to encourage people to part with their time and click the video. In the past year I've invested in a better camera and a microphone which have certainly improved the quality of my videos – although I still edit on iMovie which is probably not something I should admit! Making videos is pretty time consuming – I'd say that's the hardest thing to contend with and as a solo business owner it can be challenging to stay on top of it.

Do you think it’s possible to make it as an illustrator without being on social media? Do you ever get fed up with having to do it?

Personally I don't know where my career would be without the tools the internet has provided. I struggle with social anxiety so networking is pretty much impossible – but social media gives me the opportunity to communicate, reach new people and talk about my work in a way I feel comfortable with. All of my clients have discovered my work online, so I would say having an online presence is important. My advice would be to find an area you're comfortable in – whether that be blogging, video making, instagram, live streaming – and give as much time and effort to it as you can. Building an audience takes dedication and a genuine interest in creating engaging content – so don't spread yourself too thin.

Your new cookbook sounds amazing – can you tell us a bit more about the project and how it came about?

I'm currently writing and illustrating a vegan cookbook – my largest self–initiated project to date. It came from a serious decision I made last year to avoid painting meat. Food illustration is an area of expertise within my business so it wasn't something I undertook lightly and I have experienced growing pains – I certainly turn down more work than I ever have before! But since going vegan 2.5 years ago, it's completely changed how I view things. I care deeply about animals and the environment and painting meat started to make me feel uneasy. Working on the cookbook has been a really positive step forward – I adore painting food and have really enjoyed developing recipes and veganising my favourite dishes.

If you could be an illustrator in residence anywhere in the world, where would you choose?

Japan. We are spending our honeymoon there later this year and I know it's going to be such an inspiring trip.

Aside from your cookbook, what’s the next project you’ll be working on?

Currently working on an illustrated map for a local guide book – as well as taking on editorial and publishing commissions – open for business as usual!

See more of Holly's amazing work here, and have a look at her very popular YouTube Channel here. You can also support her at Patreon here.