Exquisitely shot by Gerrard Gethings, our new game Do You Look Like Your Dog? has really captured peoples' imaginations. We spoke to the talented (and very patient) photographer to find out more…

I’m a photographer from the North of England, working in London with my assistant Baxter, a nine-year-old Border Terrier. I studied Fine Art at Sheffield University and moved to London to become a painter. I stumbled upon a small studio in Mayfair (which was still something you could do in 1997) and set up shop in the next room to Terry O’Neill. I started working for him shortly after moving in. I was with him for ten years and in that time I suppose I picked up a few tips, though at the time I didn’t see myself being a photographer. I continued to paint and ultimately moved into his studio to save on rent. I expect there are still painterly fingerprints all over his negatives. I didn’t take photographs professionally at this time but the seeds were definitely sewn. 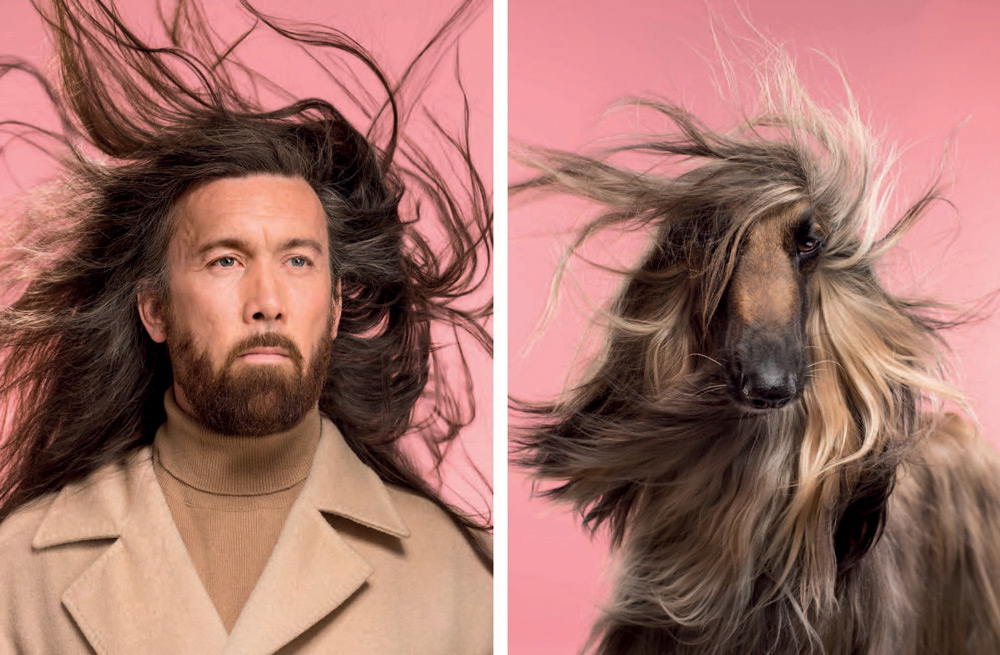 When did you first realise you had such a talent for capturing birds and beasts?

I’ve always loved animals. If I see one I have to touch it. When I was a kid I would try and catch every creature I ever encountered. I was forever coming home with young birds and hedgehogs. I had snakes in my bedroom and a plastic hamster crate full of crayfish in the yard. There was a toad in the slate pile, a quality Street jar filled with stick insects next to my bed, and I secretly raised a magpie in my friends shed. I could tickle trout and name every British bird by the time I was at primary school. I dreamed of having a Kestrel, but even in the easy going 70s this was highly illegal. Not that this would have stopped me but my mother was the police in our house and the police said NO.

Spending my life outdoors chasing animals, which I think more kids did back then, it was a no-brainer that I would want to work with them, but It took a long time to work out how to do it. The eureka moment was when I found a book in the library containing studio portraits of animals. It had never occurred to me that you could light animals in the same way you would a human subject. It was a real revelation.

The first portraits I took were of my own dog, Baxter. He is a patient subject and very handsome. He has little interest in photography but a passion for biscuits and cheese. We struck up a deal early on; He provides the face and I provide the cheese. Even today Baxter comes to work with me and sits in whilst I set up the lighting. 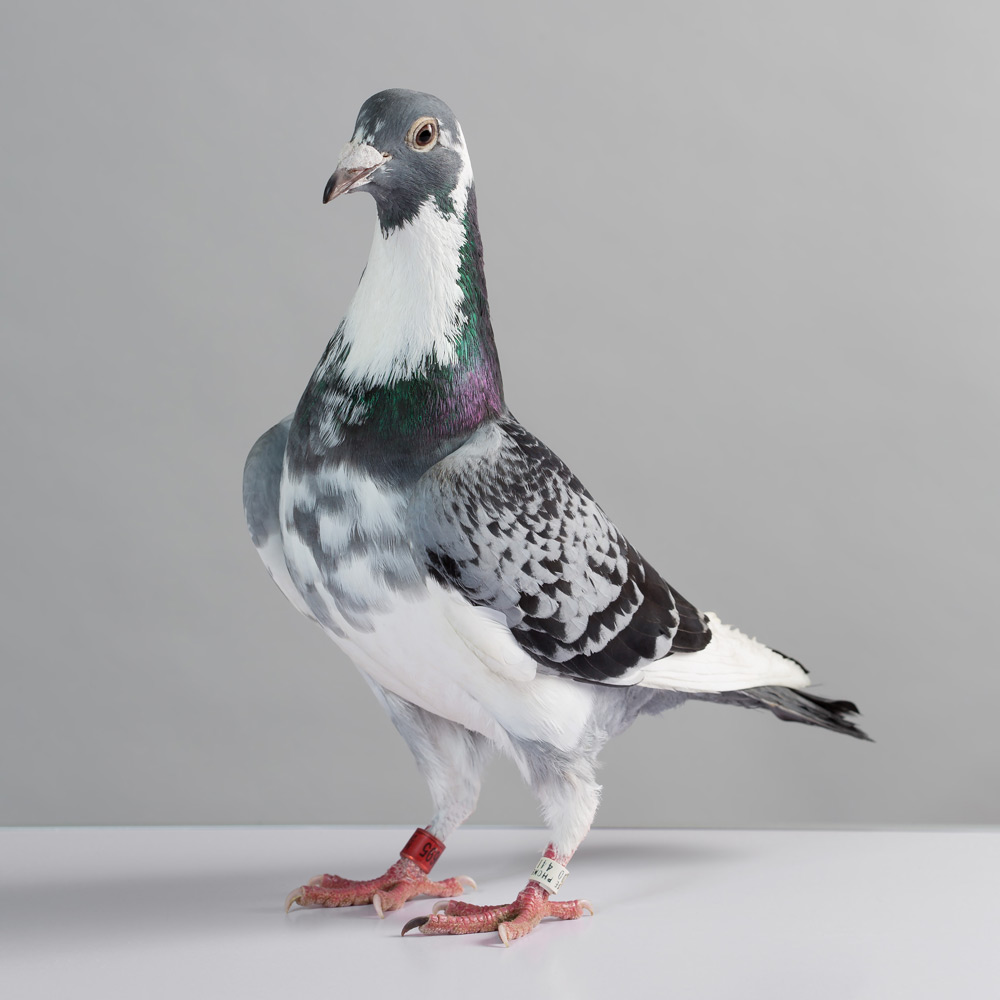 What was your reaction when you first heard about the LKP project?

It was a thrilling project to be a part of. It was so substantial. I knew it would lead to a huge body of work that we could all be proud of. Most jobs only exist for a day. They are intense but very short and quickly forgotten. This one required 18 months of planning and shooting. Finding models and losing models. Sometimes replacing models at very short notice. The owner of my red setter fell from a ladder the day before the shoot and couldn’t make it, leaving me only a few hours to find one. Social media saved the day on this occasion. My whippet model went astray the evening before the final shoot and had to go out into Hackney parks and find one. In the end I found two.

Did everyone behave themselves at the photoshoot? Who was your favourite sitter?

On the whole all the models behaved themselves beautifully. But you know, they are dogs. The huge Newfoundland had way too much love to give and almost killed my assistant, knocking her to the ground and cuddling her into submission. Our beautiful, competition winning, standard poodle was in hair and make up for about two hours and then the next dog turned up early. They took one look at each other and set off together, rolling and barking across the floor. Hair ruined, the groomer was distraught. Another dog mistook my tripod for a lamppost and every other dog who followed saw this as an invitation that would be rude to ignore.

My favourite sitter was probably the bichon. He had such a lovely face. I would have taken him home with me if I could. 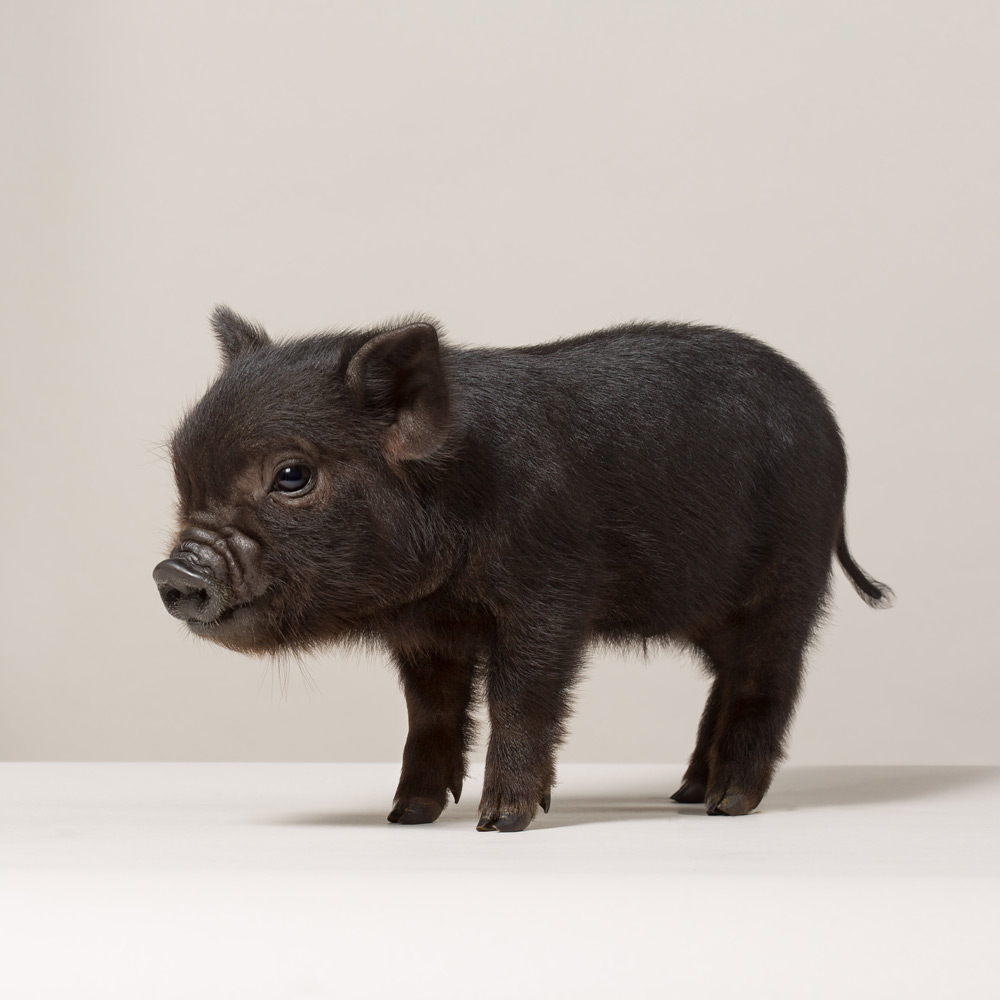 Does it take hundreds of shots to get ‘the one’?

This depends entirely on the sitter. Some dogs, like Baxter, are so calm and focused that the shot can be achieved incredibly quickly. With others it can take forever. Dogs are like people in this way. Some of them are very calm and gentle. Others are highly strung. Trying to get a stressed dog to look relaxed is difficult. You can’t tell them a joke or ask them about their work or family. It’s a matter of staying with it and working out the right mechanism. It’s a very organic process.

What’s your top tip for photographing your pet? Is it speed, treats or sheer animal magnetism?

A mixture of all these things. I try to create an environment in which I control as many elements as possible. The lighting and the backdrop for example. The next thing is to introduce the animal and try and work out what will get the best reaction. Most dogs will do almost anything for cheese, dog kryptonite. So it’s reasonably easy to position their head where I want it. If they are too greedy of course this approach doesn’t work because they will salivate and grab for the food. In this case a toy may be best. Some dogs react to movement, so I might throw a ball high into the air and quickly line up the camera. When the ball hits the ground there will be a reaction. Sometimes it hits me on the head. This also gets a reaction. There are a million ways to get a dog to play ball but the number one tip is to use food. Oh and stay calm. Dogs are incredibly sensitive to our energy. If you are too stressed, too loud or too clumsy on set, they will pick up on it. 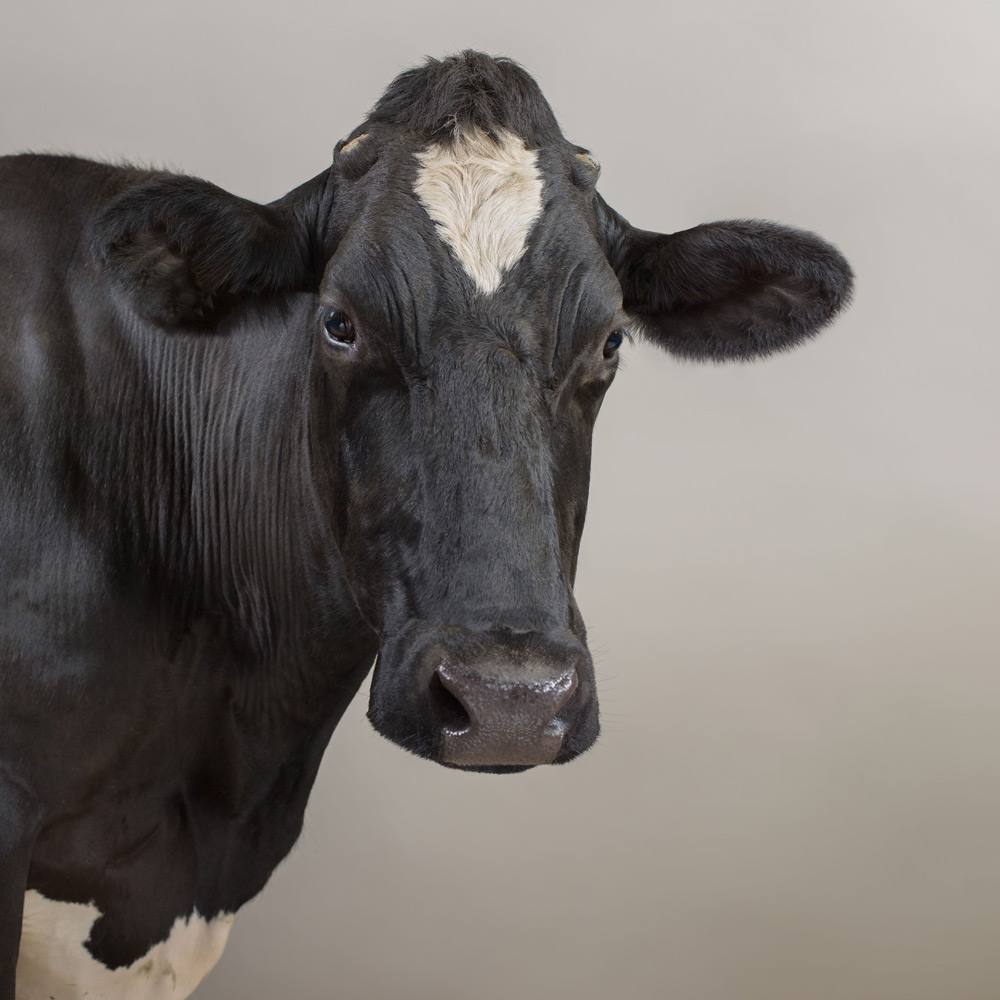 What’s the strangest commission you’ve had so far? And what would be your dream commission?

Most of my jobs are slightly odd because they are usually animals. I’ve shot portraits of pigs, cows, chickens, pigeons, geese, snakes, owls and many more. So for me the strangest commissions are the human ones. I was just hired to create two portraits for a pair of filmmakers who want to look genuinely disheveled. They are creatives and are so committed to the idea of the images looking real, that we have booked adjoining hotel rooms to use as the location. The idea is for them to eat and drink themselves into slumber and then for me to burst into their room periodically throughout the night, dragging them from their slumber, and creating some sleepy headshots. I think it’s a great idea but it’s going to be along night.

My dream commission would be to record the animals that are born at London Zoo. I am a member and go at least once a fortnight. My five-year-old son can name almost all the animals. I think it would be an amazing project and also would be a worthwhile record. The zoo announce their new arrivals via email every spring and I am always desperate to get to them. My son is obsessed with the African hunting dogs and if I could shoot one for him I would be thrilled. 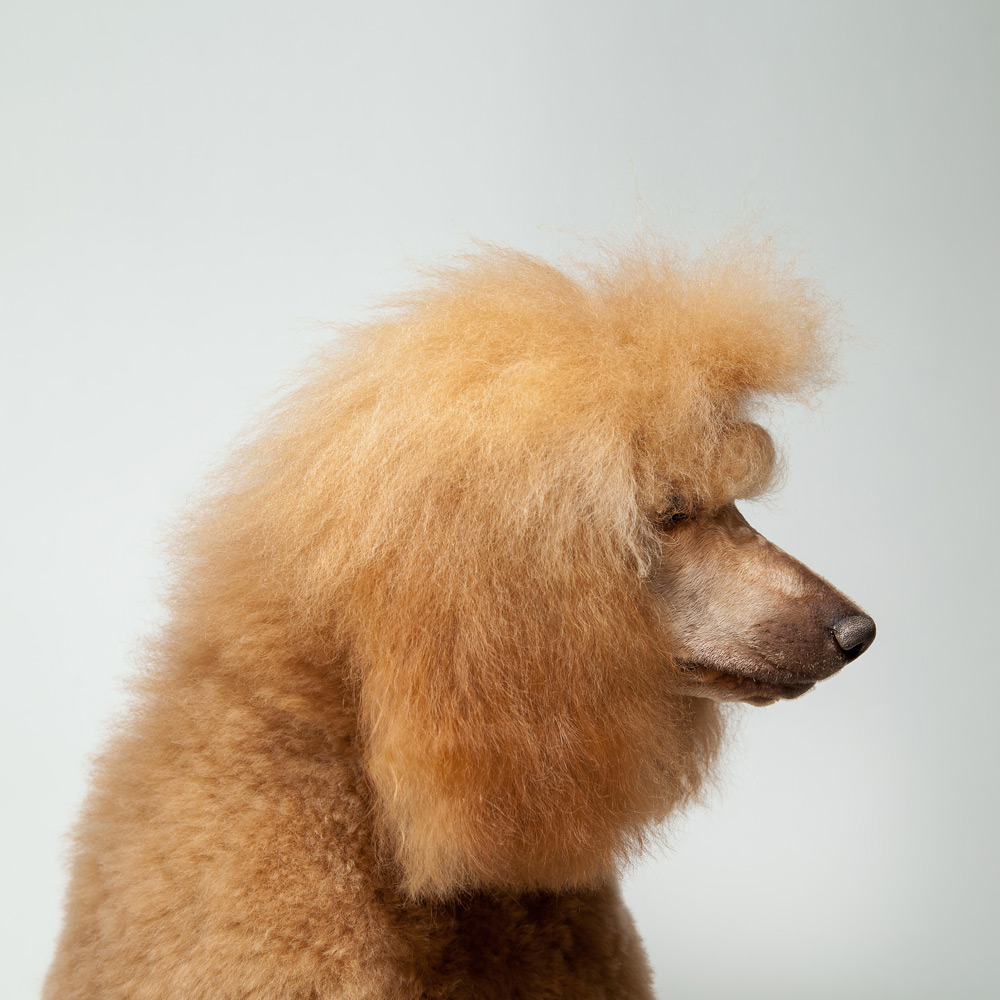 Your fine art background is very apparent in your photography, do you ever find time to paint now?

I never paint, I don’t have the time anymore. I shoot a lot and also have a five year old boy who decided from day one that my home studio is now his storage facility, and that any spare time I have belongs to him. The system works quite well. I love painting and will absolutely return to it one day, perhaps incorporating photography into the work.

Where do you go to blow away the cobwebs?

Cumbria, Scotland and Cornwall. My wife and I love to travel. We are also creatures of habit. We get out of London as much as possible and are lucky to have friends who let us use their holiday homes. We visit Ambleside in the Lake District about four times a year and when up there we will usually tag on a trip to stay with friends in the Scottish countryside. It’s nice to go so often as the weather is completely different every time we visit. This year I have been during a heatwave, a deluge of rain and a snowstorm so severe that we were snowed in. This was not a problem as it meant we had to extend our trip.

Watergate Bay in Cornwall is perhaps my favourite place on earth. It’s the first place I ever went with my wife and was subsequently the first holiday we went on with Baxter. He comes alive on the beach and it’s a joy to see him going absolutely bonkers. He excitedly buries is head in the sand, quite literally, and then sets off down the beach, his face and eyes full of sand. He dives into rock pools, pulling off a strip of seaweed and proudly promenading up and down the beach. 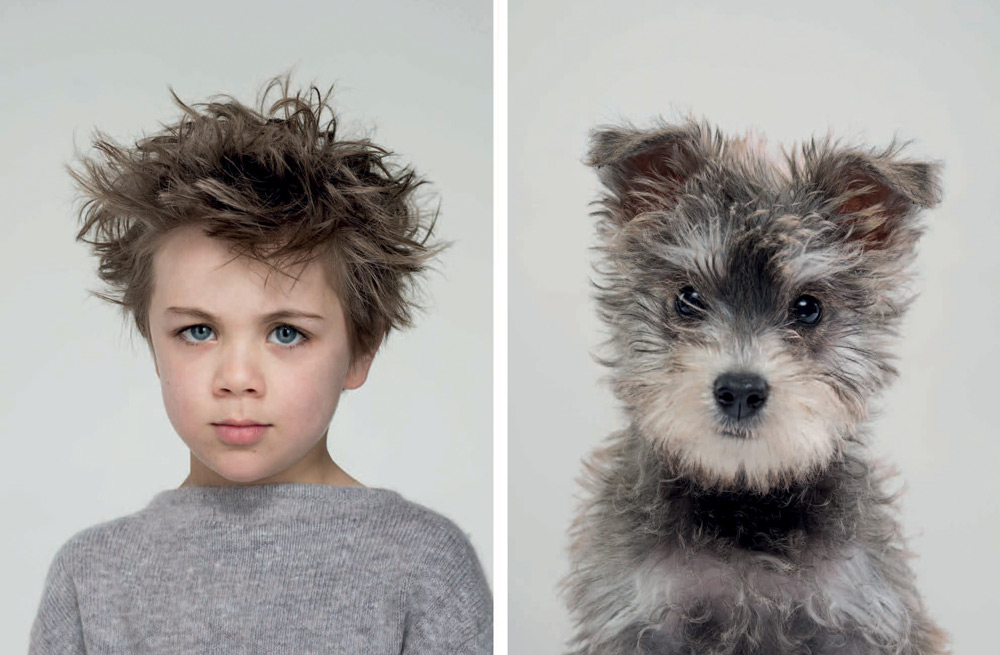 I have been told that I do look like Baxter. We have the same hair colour and both sport a beard. We are also both laid back in our approach to life and love being outside in the elements. Now I think about it, we should probably have been part of the game.

Grab a copy of Do You Look Like Your Dog? with a special 35% discount – just enter the code LOVEDOG at checkout before Tuesday 21st September 2018.