We speak to the two brilliant artists behind the new cover of Charlotte Jansen’s Girl on Girl.
Phebe Schmidt is a photographer based in Melbourne and one of the 40 boundary-pushing artists featured in the book. Her image features as our new paperback cover, starring the musical artist Becky Freeman aka Sui Zhen. This image is also the cover of the Sui Zhen breakthrough album Secretly Susan. 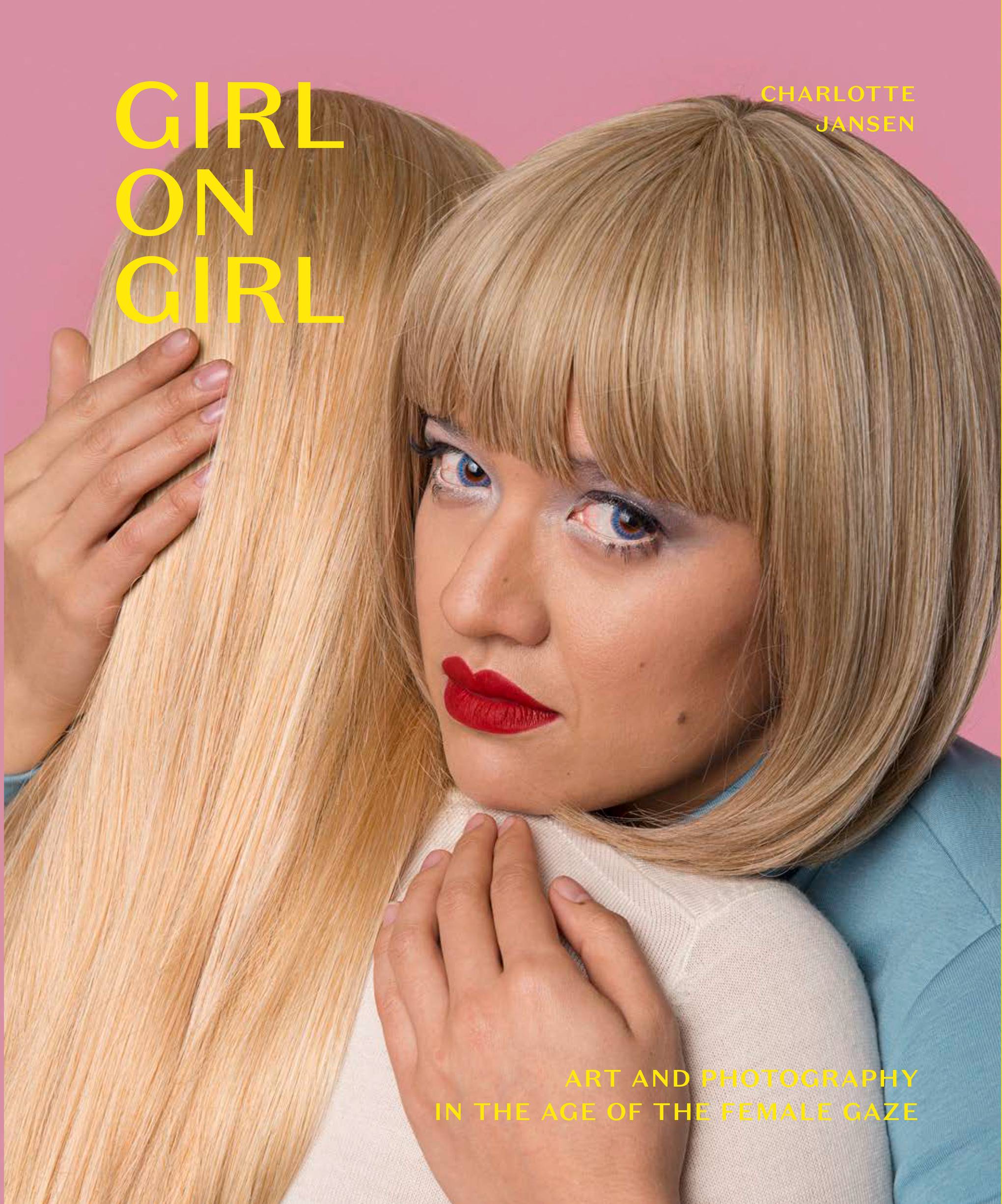 Phebe and Becky, you both hail from Melbourne, a hotbed of artistic talent – how did your collaboration on this album cover come about?

Becky: Phebe and I were in touch over email initially, I think I responded to a call out Phebe had posted for models for one of her own shoots but it didn’t work out. I loved her work and her unique ability to convey so much through her subject, deliberate composition and masterful editing. We touched base again soon after and met up to discuss a shoot I wanted to collaborate on to test the waters. It was several years ago in 2014 before I’d released Secretly Susan. I’d been inventing this character called Susan - a play on the common mispronunciation of my Chinese name Sui Zhen (pronounced Su-ee-chen) and thought that Phebe’s acute attention to detail, composition and the nuanced approach to portraiture would be ideal. We worked on the Infinity Street video and photo shoot before Susan truly emerged blonde and blue eyed. I found a reference image of a woman whilst I was online wig shopping. I couldn’t tell if the woman was real or a mannequin or just totally airbrushed. And in her expression there was a glassy emptiness. A scroll through other photos showed me that she was indeed real, but there was something in the photo that I wanted to emulate - presenting a human surface as real and freezing emotion within. The intent was to reach an uncanny valley moment within a performance of femininity.

Phebe: My own work examines concepts of selfhood - seeking to make visible the gaps between image/brand and nebulous concepts of "reality" and “authenticity”. Part of this process is the conflation of subject and object, evoking a sense of ephemerality and the fragmentary disposable nature of ‘the brand’. Through the use of a highly constructed and uncanny visual aesthetic that is not bound by time and place, a fictional space is created that blurs the line between the real and the unreal. When Becky reached out, I quickly realised we had similar interests and I was excited to come on board and develop this character with her. In the lead up to our first shoot we met often discussing concepts, visuals and props. 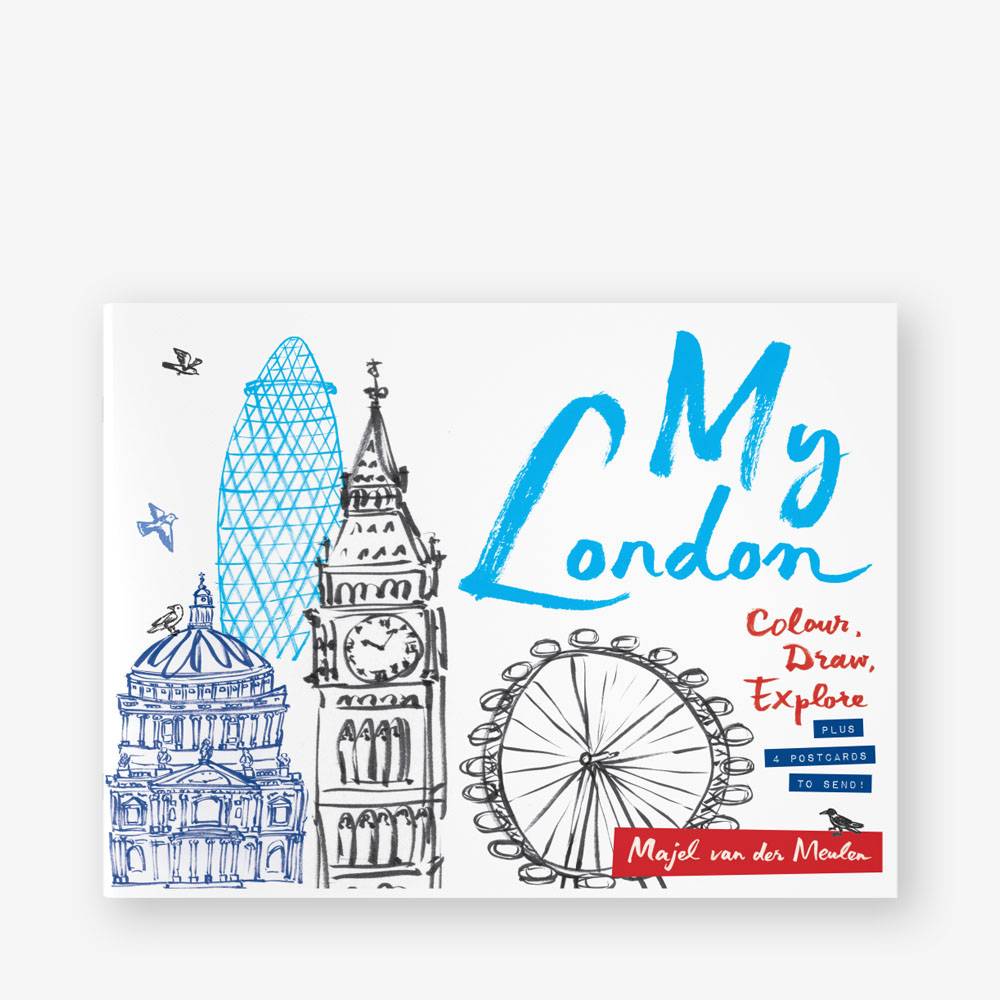 Each of you assert strong visual themes in your personal work. How did you work together to develop the concept behind this image? Was the finished result what you expected it to be?

Becky: Through Phebe’s own work and the photographers she introduced me to (many of whom feature in this Girl on Girl edition!) we found a common visual language. I brought my own references for styling/mood/tone and narrative. I love film stills and referenced the work of Charlie White from a subject and pose perspective, Cindy Sherman from a character perspective and Japanese product advertising. But what I lacked - production design, composition and the know-how of how to achieve these kinds of compelling images was Phebe’s domain. As a performer I love to transform into characters but I do believe this collaboration with Phebe was the first time I nailed the blank - am I real or fake/android malfunctioning or dreaming? - kind of expression which I use to this day.

Phebe: I agree with Becky; we found a common visual language and delved deeper into character development until we were able to bring it to fruition. ‘Uncanny valley’ is a theme that came up a lot which we explored throughout our projects. 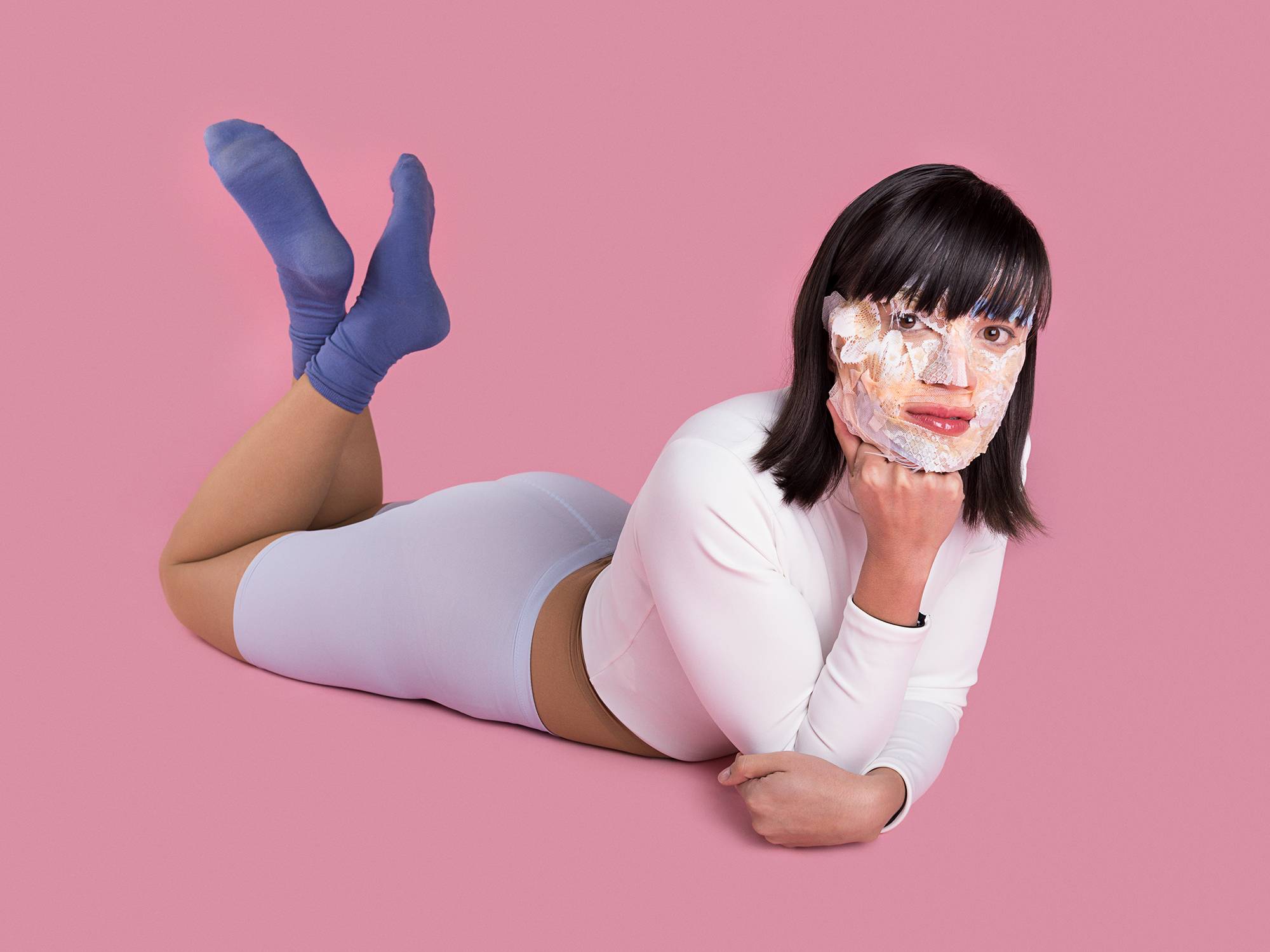 Phebe, your website shows work commissioned by brands alongside your own art. All of this work feels to be authentically from your perspective. Do you approach both types of photography with similar objectives in mind?

I definitely approach both aspects of photography with similar objectives in mind. My commercial and art practices inform each other and are central to my investigation of visibility and branded identity.

Becky, you take an interesting approach to your music, pairing it with otherworldly performances and music videos. How important are the non-musical aspects of your art?

The non-musical aspects of my art are as important for me as the music. Together they create a world for listeners to dive into if they wish. Some may never move beyond the music component but if they choose to look further they’ll find a portal into a larger world. I studied filmmaking and storytelling in my Undergrad studies and graphic design in my Post-grad studies; both practices are ultimately about world building with narratives threaded throughout. Music for me is highly visual and performative, I like to add sub-narratives to the music with visuals which hint toward a larger story. 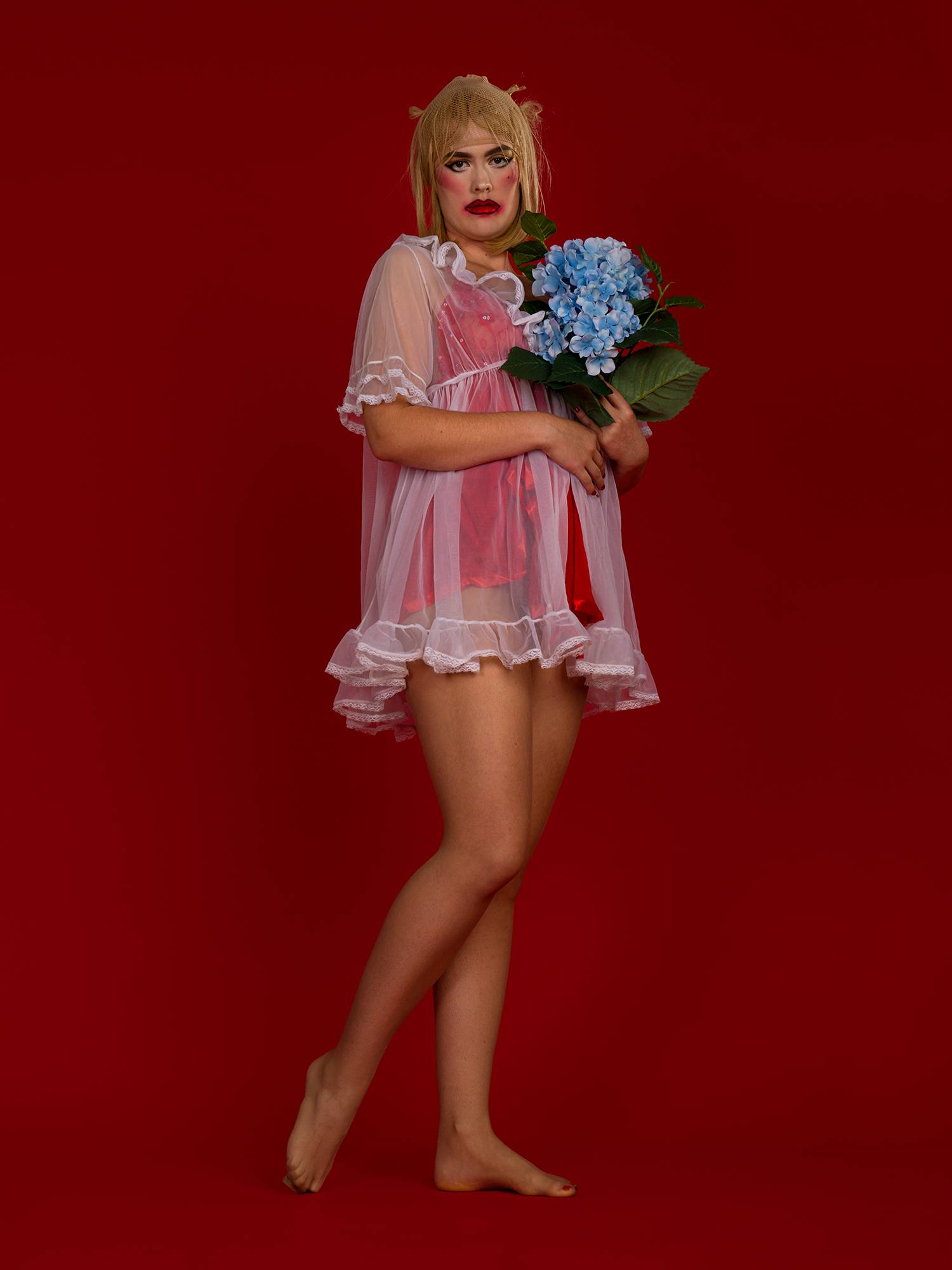 What does the ‘female gaze’ mean to you?

Subverting the way we have been socialised to view women within society as sexualised objects for man’s desire, as existing to serve the domestic sphere instead of owning that domain and many others. Women are superheroes with the capacity to bring new life into this world and without the femmes behind the lens who will tell this story? The female gaze is about diversifying the depiction of what it means to be a woman. There is beauty in all ways to identify and all paths to womanhood, personhood. There is no one way to be a woman and we need to see ourselves reflected in myriad ways to break the trappings of patriarchy. 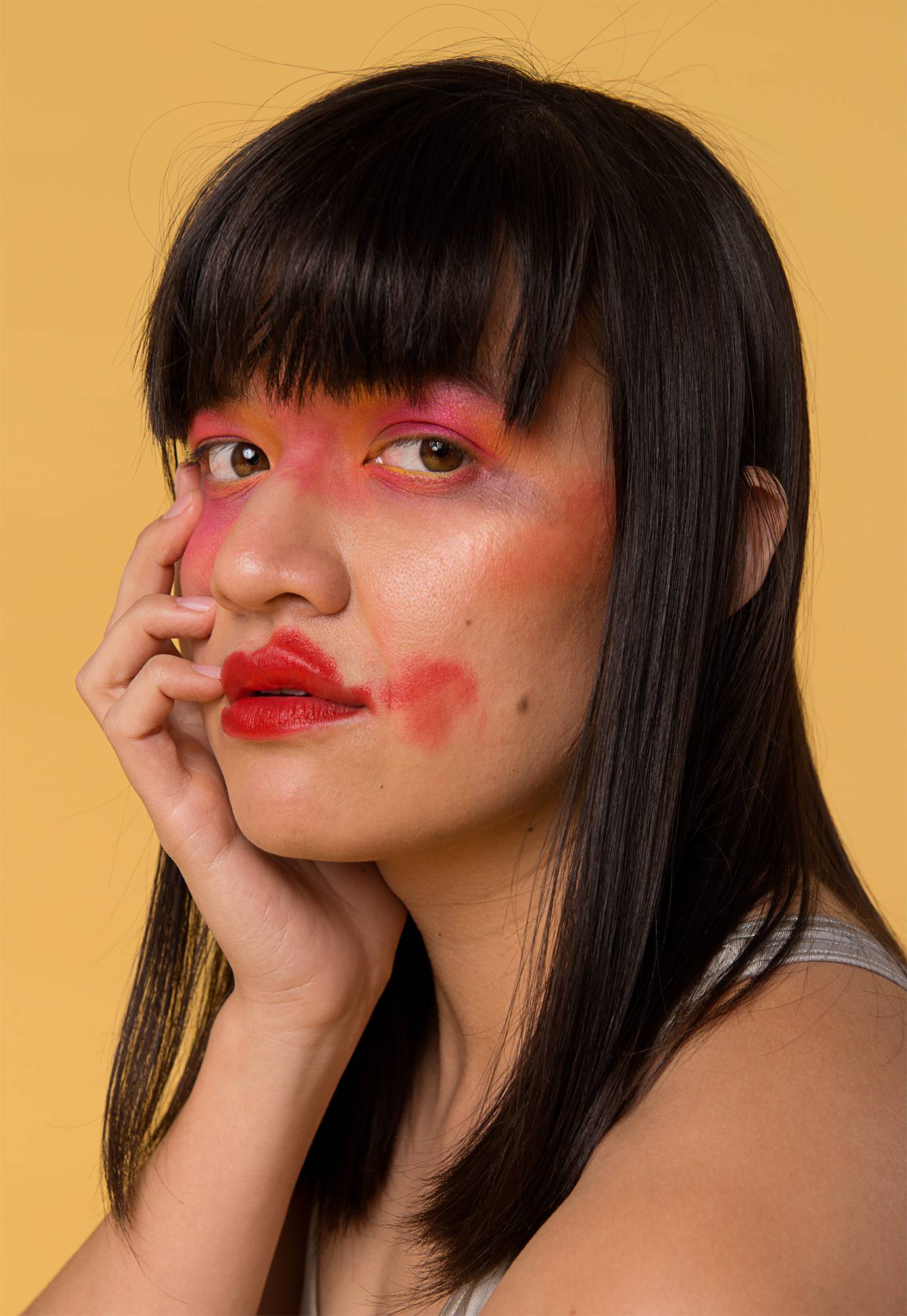 Who or what would you cite as a recent source of inspiration?

Phebe: Sci-fi has always influenced my work - I’m a devoted trekkie and started reading the big names in sci-fi from a young age, namely Isaac Asimov, Philip K Dick and Frank Herbert. David Lynch has always been a big visual influence on my work, I’m a huge fan and was lucky enough to hear him speak in LA a couple of years back. In terms of photographers I have always admired Cindy Sherman, Yvonne Todd and Nadia Lee Cohen.

What advice would each of you have for someone looking to begin a career in your line of work?

Do not compromise your vision but allow yourself more time to realise it. 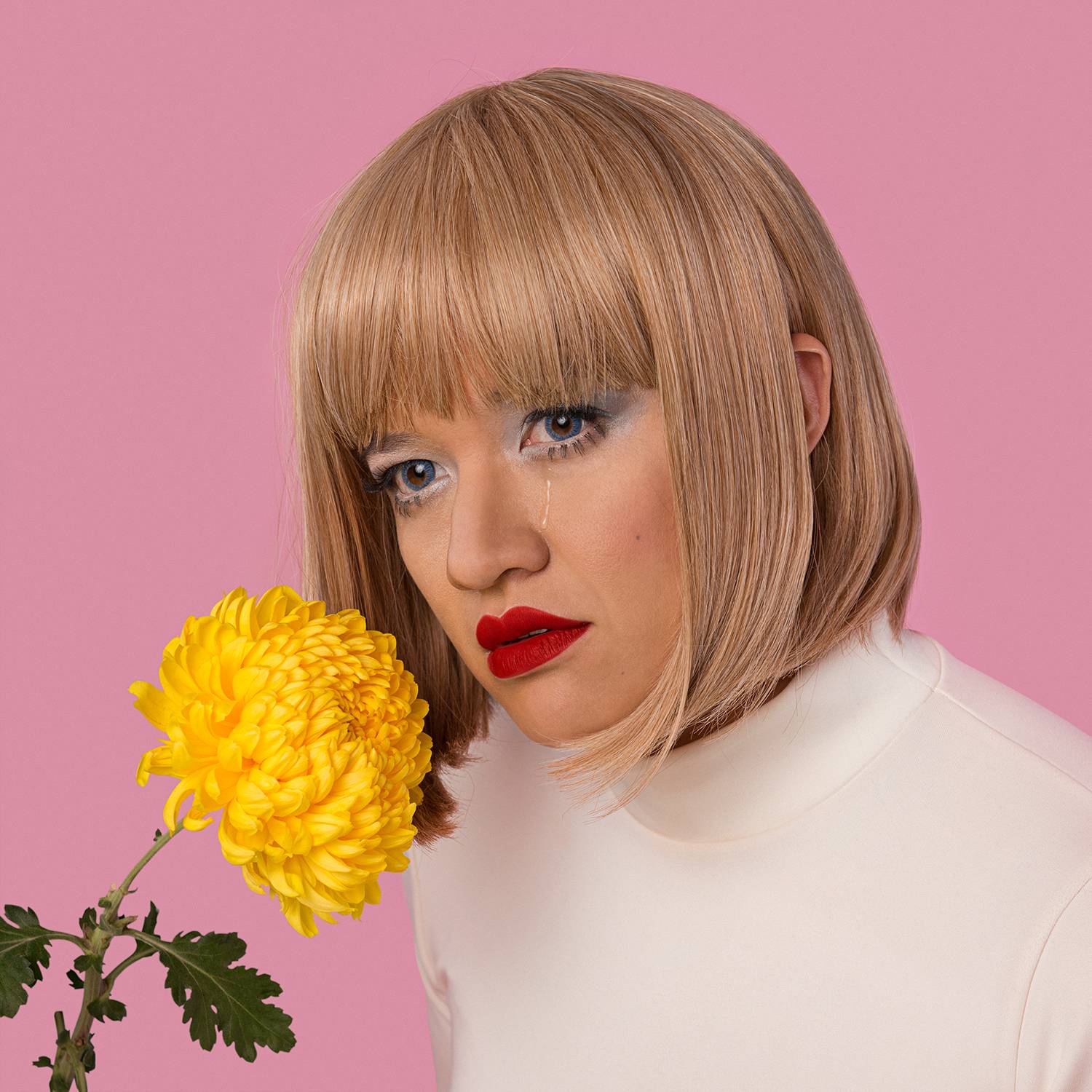 Would you rather have a shoelace on one foot permanently tied to the other foot for two weeks, or eat only spicy food, day in and day out for a month?

Becky: Spicy food. I am Malaysian-Chinese, this is in my blood.

Phebe: I’m with Becky on this one. Spicy food all the way.